For several years fly-tipping has declined. Now it’s rapidly rising. Here in Shropshire, the number of fly-tipping incidents is rising faster than the rest of England. And the cost of clearing up the mess in this county has shot up by a third.

Around the country, local authorities dealt with a total of 852,000 incidents of fly-tipping in 2013/14, an increase of 20% since 2012/13. The bill for cleaning this up is an eye-watering £45 million pounds. Nearly two thirds of fly-tipping is household waste. 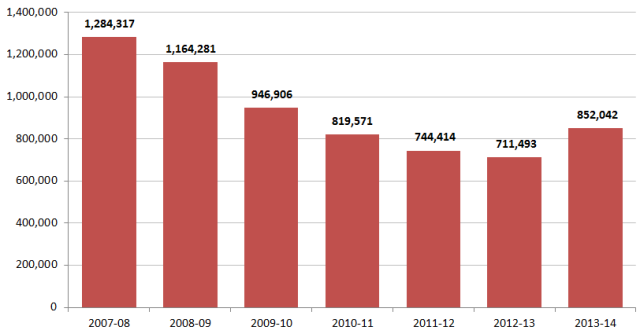 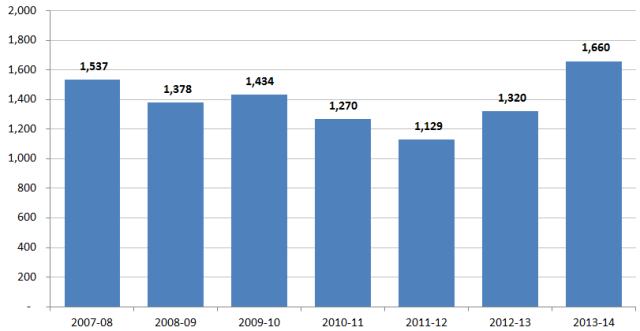 There are other shocking statistics.

In county that likes to think itself green, dumping of green waste in Shropshire is twice the national average (8.6% of fly-tipping compared to 4.3%). That’s not good news. Almost none of the waste that is fly-tipped is recycled. Most of it gets dumped in landfill.

It will be no surprise to anyone who travels around Shropshire that most of the fly-tipping occurs on the highways. Three-quarters of fly-tipping in Shropshire is on verges and roadsides (74%), compared to less than half of fly-tipping nationally (47%).

At the root of this problem are the cutbacks to local recycling facilities. Coder Road in Ludlow has closed. The remaining recycling and waste centres in Shropshire have limited hours of opening.

Another part of the problem is that Shropshire Council doesn’t take enforcement action. In three years, the council has issued just one fixed penalty notice for fly-tipping. It has not attempted to prosecute anyone. The council does issue warning letters where fly-tippers can be identified, but the number of letters has dropped by more than half in three years (138 letters in 2011-12 and just 62 in 2013-14).

It worries me that this county is not on top of the fly-tipping problem. We can’t afford to let our beautiful county be desecrated by waste on the roadside.

When Shropshire Council argued for the closure of the Ludlow waste and recycling facility at Coder Road, it said fears of an increase in fly-tipping “are not likely to arise or are not borne out in reality.” That statement ignored the statistics that showed that fly-tipping was already growing in Shropshire. In its arguments for closing Coder Road, the council said that “Fly tipping is… associated with commercial and industrial rather than household waste.” That statement belied the reality that household waste formed 55% of fly-tipping in 2012-13; it’s still 52%. I don’t think we were given complete information about fly-tipping when Coder Road was closed. 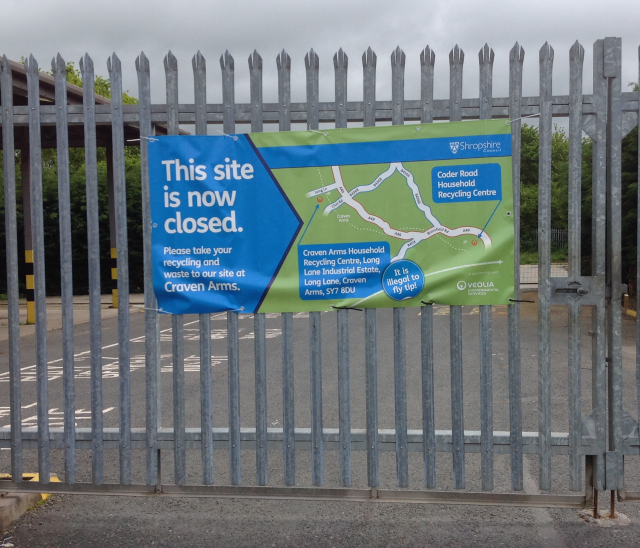 There was no mention in the Coder Road policy papers that the problem of fly-tipping is growing. Shropshire Council is silent on fly-tipping now. That’s not a surprise as its performance is miserably poor.

Every local council in the country is suffering savage cuts. But that doesn’t explain why Shropshire’s performance is much worse than the rest.

Some people may argue that clearing fly-tipping only costs £106,000 within a huge Shropshire Council budget. But to put that in perspective, that’s nearly a quarter of the budget for youth services in the county next year.

I know where I would rather spend the money. Not on clearing up fly-tipping but on helping young and vulnerable people.